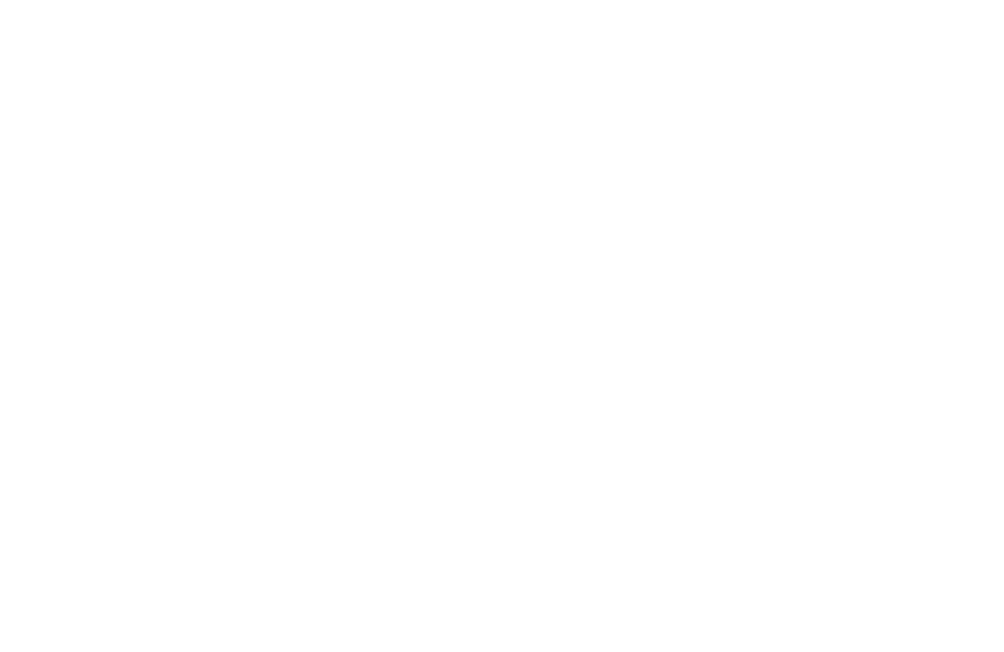 Idea and development history: During a discussion of the skywalk development team on how to improve the stall of a surf kite, one idea among others surfaced – to try slotted flaps.

The earliest kite prototypes demonstrated a substantially improved performance, so we decided immediately to patent the use of slotted flaps on flexible wings. After we introduced them in our kites, we set out to test the so-called JET FLAP system on paragliders. We optimized the slotted flaps in numerous profile studies, simulations and test flights. While testing them on the MESCAL, something special occurred to us: never before did one of our gliders need so little trim work! The extended « green » range of the wing in which pilot errors are forgiven is one of the most important effects of JET FLAPS.
P

Displacement occurs first at the spot where the use of the brakes causes a strong increase of bowing in the profile and the result is usually parachutal stall and then full stall. This is exactly where JET FLAPs come into play: Air is conducted from the bottom sail (pressure area) to the top sail (suction area) and there it is blown out. The stall is delayed, flyable minimum speed is reduced, and the pilot has more angle of attack reserve. This is of crucial importance during the critical phases of start and landing. Through a special wing design, we managed to ensure that the JET FLAP channel remains mostly closed during flight at trim speed and opens when the brake are applied.

Rigging the glider is much easier for the pilot as a glider with JET FLAPs requires fewer trim changes than a glider without JET FLAPs. Less trim changes mean more homogenous flight characteristics. The transition from slow flight to stall is considerably wider. Where a glider without flaps tips relatively abruptly backwards into stall, the JET FLAP glider can still be controlled and brought back into normal flight! The « green » range with JET FLAPs is noticeably larger. The climb performance of the wing is better and it is easier to turn in thermals.

Lower flyable minimum speed. It is considerable easier for the pilot to fly slowly. The limit range is wider and more controllable. Like compared with the ABS brakes of an automobile. The limit range is also eased in this situation. Vol Libre Magazine published a test showing a blatant difference between a TEQUILA with effective JET FLAP System and with closed flaps: open FLAPS permit flying with up to 17% less speed! This means naturally, enormous reserves at the approach to stall. Better climb performance, above all in narrow and stronger thermals where the brakes must be activated in order to climb optimally. More room to play for developers because the implementation of JET FLAPS makes it possible to combine apparently contradictory properties: e.g. high agility and high damping. Increased brake travel until stall, so more safety while landing.

AERODYNAMIC TEST IN THE WIND CHANNEL 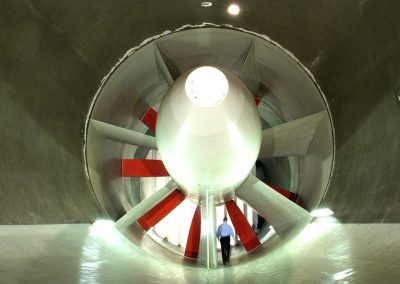 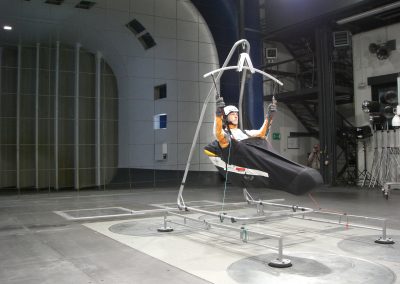 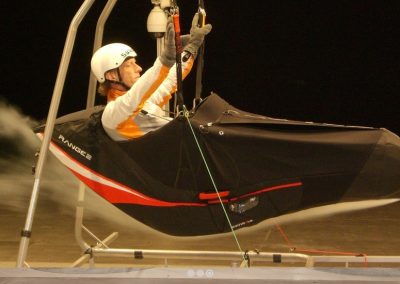