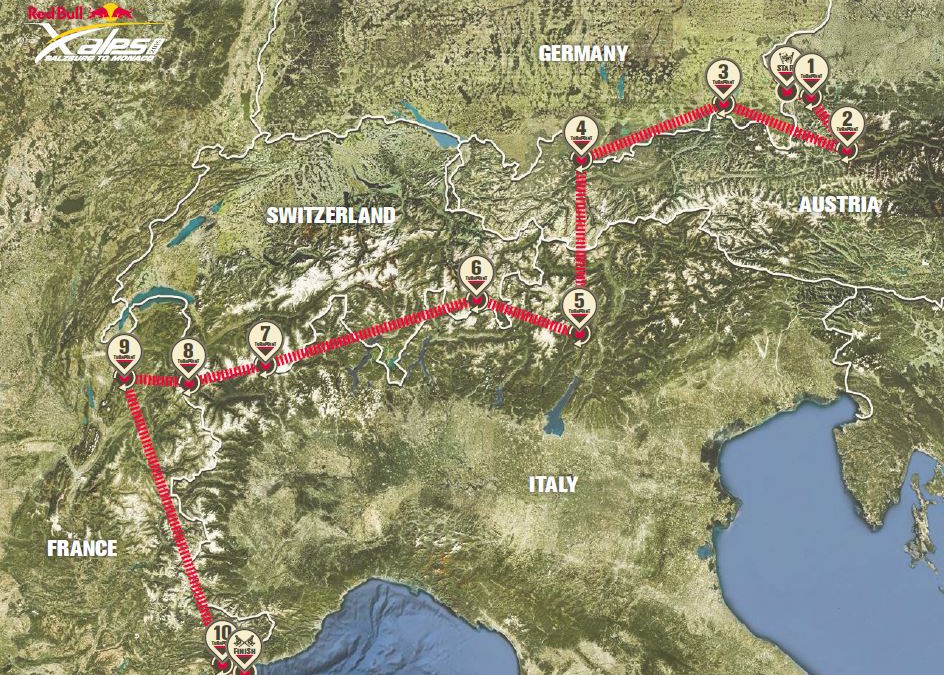 For outdoor athletes, the Red Bull X-Alps are the equivalent of the Tour de France for cycling enthusiasts. skywalk, the town of Aschau and the Chiemsee Flight School have succeeded in organizing a touch & go turnpoint at Lake Chiemsee in Bavaria during the 7th edition of the world’s toughest adventure race. A few days after the start of the race in Salzburg on July 5, 2015, the 33 athletes will be required to pass a turning point at the Kampenwand mountain. Waiting for the fans in Aschau will be an event zone with a fabulous atmosphere from which spectators can watch the race and cheer on the athletes up close. The route for the 7th edition oft he Red Bull X-Alps is the longest and most demanding in the 12-year history of the world’s toughest adventure race. With a total distance of 1038 kilometers and ten turning points, the course is even longer than in the previous race in 2013. Swiss athlete Chrigel Maurer won that race in the record time of 6 day, 23 hours and 40 minutes. This year, the first two legs of the course from Salzburg over the Dachstein range to the Kampenwand near Aschau in Bavaria’s Chiemgau region present an extreme challenge for the athletes. Flying conditions from the 3000 meter high Austrian peak to the Bavarian foothills are complex — bad weather will surely result in long foot marches. The 7th edition of the Red Bull X-Alps begins on July 5, 2015 at Mozart Square (Mozartplatz) in Salzburg, Austria. The field of athletes is expected to reach the turnpoint at the Kampenwand a day or two later. skywalk, exclusive paragliding sponsor of the race, worked together with the town of Aschau and the Chiemsee Flight School to ensure that one of the ten turnpoints was set in the Bavarian Chiemgau region. At the Kampenwand, fans will be greeted by an event zone with a fabulous atmosphere that will give spectators the chance to watch the race and the athletes up close. skywalk will prepare for the 33 athletes and their supporters an unforgettable reception in Aschau with an incomparable atmosphere. In addition to live-tracking, a variety of other event activities are planned to keep fans in the mood during this exciting race.This is a unique opportunity that no X-Alps or paragliding fans should miss. In 2015 skywalk will equip several top athletes, including Paul Guschlbauer, who placed third in the Red Bull X-Alps in 2011 and who is highly motivated and well prepared for this year’s race. skywalk is planning regular, exciting actions for all X-Alps fans during the race. A separate website will provide information about the training of the team pilots, development of the 2015 X-Alps equipment and the progress of the race.