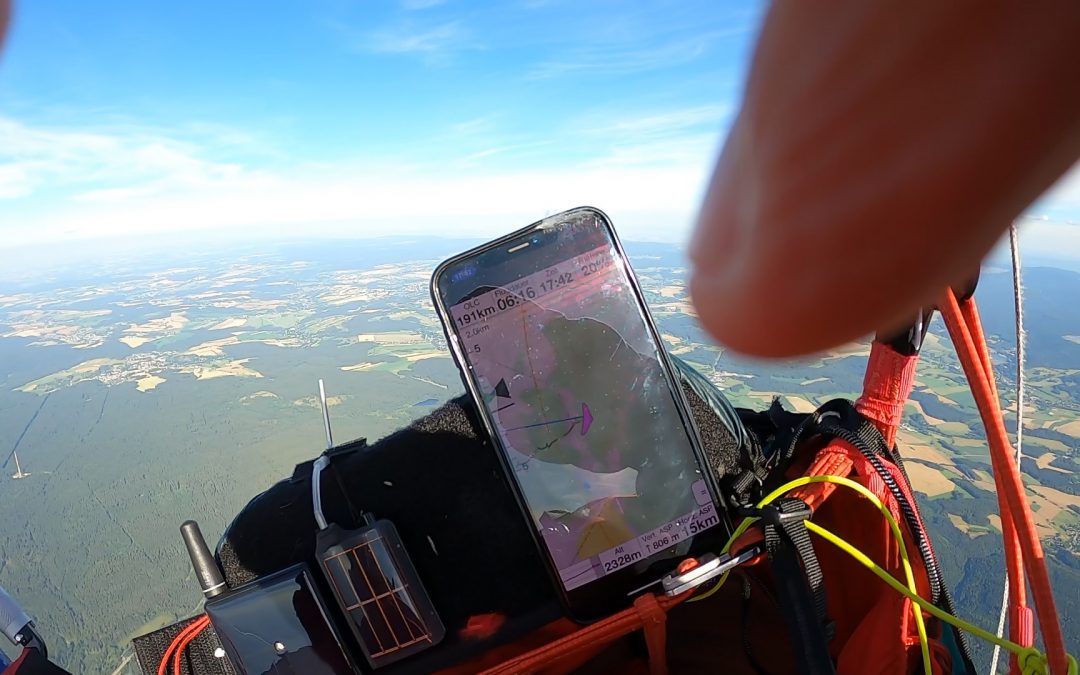 On July 29, 2020, Armin Harich managed set a new Wasserkuppe record with an incredible distance of 258.7 km (8h 45min). At 10:30 am he launched together with two other skywalk pilots Sven Nissen and Nico Matlieb. Sven is the previous holder of the Wasserkuppe record at 215 km. From 11:00 am on the thermals were strong enough, so they set off with their Flarm switched on.

Sven and Nico soon realized that the Thuringian Forest is not an easy obstacle to surmount, so Armin had to fly on alone.

After 150 km, Armin’s flight was nearly over, but he managed a low save at an altitude of just 30 meters in the flatlands. As the skies turned increasingly blue, Armin flew along the Czech border and top-landed at the small launch site “Wach” in Saxony. There, a few friendly pilots drove him directly to the next train station. A video will follow.