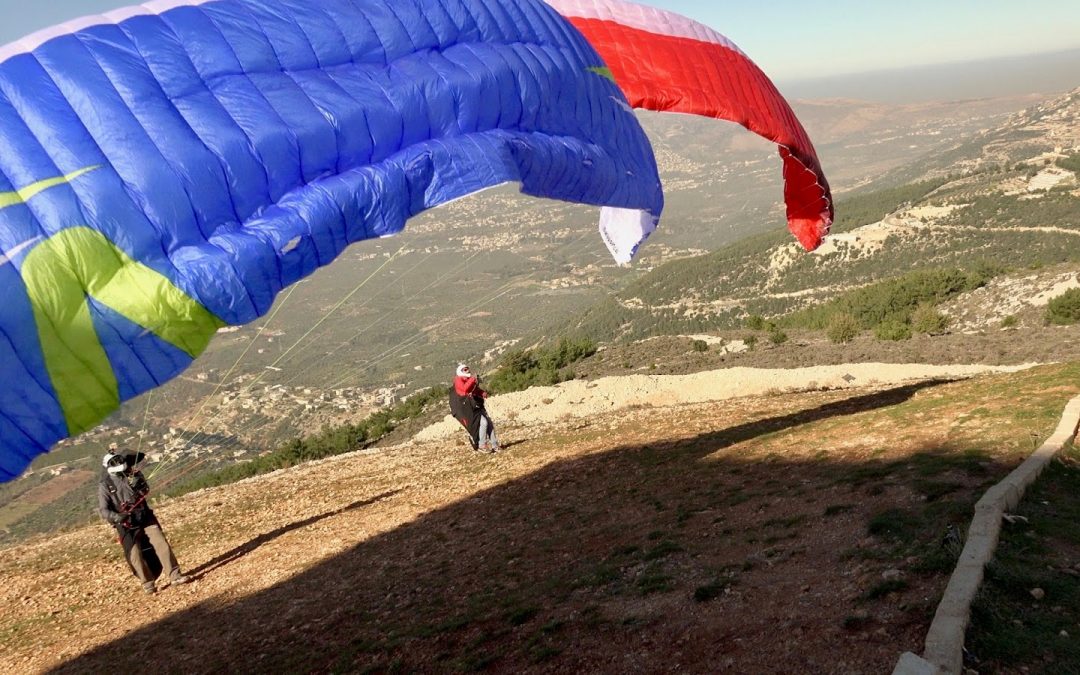 After the beautiful Chili 4 XS, here’s the light version called Cumeo.
After test flying many wings I’m now more and more convinced that even with the same glider technical details, gliders with lighter materials, will have different feel with sometimes enhanced performance or sometimes much less !
I’m no engineer to debate on that, but i’m positively sure and the reality of things is well shown.
In the following review, the Cumeo will show its true identity.

Launching the Cumeo is as easy as a school wing…

In the air:
I flew the Cumeo from 90 to 95. In strong conditions, 93, 95 would be superb. At 90 all up if flies beautifully in moderate conditions.

Handling:
Compared to a Chili 4 XS, with similar load the brake pressure is lighter on the Cumeo with slightly longer travel. Nevertheless, the agility is very present. I could place the Cumeo inside the thermal very precisely. The Cumeo feels more tamed and very subtle to fly than the Chili 4 XS with same load ! The Cumeo XS also gave me a high degree of flying pleasure that i could describe as (a walk in the park eating my best ice-cream

Glide angle:
I flew the Cumeo XS next to the Mentor 5 S, Chili 4 XS, Iota 2 25, to conclude after many glide comparisons “and it took me a while”… That the Cumeo is definitely among the best ones in that matter especially if I want to consider top end speed glide !
In fact IMHO, it sits right on ‘top’ next to the glide contenders if going in a speed chase. Doing some glides in turbulent air, the Cumeo seems also very efficient, and probably slightly more than a Chili 4 XS (slight margin) May be because it doesn’t have the pitch behavior of it’s ‘regular cloth’ sister.

Speed:
The Cumeo has a slightly increased top speed above the Chili 4 XS if both are fully loaded.

Big ears are very stable. Much better than the Chili 4 XS. They reopen quickly.
Landing in narrow zones is one of the Cumeo strong points. It can be slowed quite well.

Conclusion:
Yep…It’s a positive test…The Cumeo XS deserved it very well…It is very obvious that if a glider is relatively easy for a high B, loaded with top end performance characteristics, light to carry, handles like a dream, soft in reactions, a highly balanced B glider, and can get you efficiently on any XC would not be highly recommended. It is !
In today’s market, there are very nice high B gliders from different manufacturers. The top 3-4 holds a very close and sometimes insignificant difference in overall performance. But what differs is the feeling, satisfaction, and the sensations you get when you are flying a special one. I’m sure, the Cumeo will be among those !
Now it seems that I wrote too much…i know…Sometimes i get carried away

🙂So please forget what I just wrote ! But I will be very intrigued if you, the interested pilots, looking for a high B ‘light’ glider, would test fly the Cumeo XS from 90 to 95, and comment back…
That would be quite interesting

Ps: I always mention that other sizes could be similar and sometimes could be different. Please respect the loads under any glider. A glider flown at mid weight or less will (surely) have other feeling and results.
IMHO, I think that loading a glider beyond 75 % of its weight range will make you a pilot rather than a passenger.
Happy flights